Shakespeare in a Suitcase have worked in libraries for six years across the UK, usually in coordination with the Reading Agency’s Summer Reading Challenges e.g. we performed ‘The Tempest’ as part of 2014 Magical Maze theme.

A one hour to two hour interactive story telling session in which the children participate in role play with a narrator. We create the performance with physical theatre, movement, rap, circus skills and scripted acting. The director/narrator brings props, some costume and music/sound effects.

This is based on our successful Create a Shakespeare Play in a Day workshops. Shows available are The Tempest, A Midsummer Night’s Dream, Hamlet and Macbeth. We can visit one to three venues in a day.

“​A great introduction to the inventiveness of Shakespeare. Watch your pupils create the Midsummer Night’s madness of Oberon, Titania, Puck and the fairies causing chaos with their magical mischief on the humans. What fools these mortals be.“​

“One of the great terrifying morality, mystery plays with its witches, warriors and ghosts. Follow the tragic fall of the Macbeths, who could defeat anything but their own gullible greed. Are dark forces in play or did they fool themselves? All hail Macbeth and find out with us.“​

"Join Prospero as the storm created by his sprites brings his usurper brother and cronies to this mystical island. Watch as Prospero magically twists and turns all the characters dream like to bring them safely to a happy brave new world.“

Each participant receives a 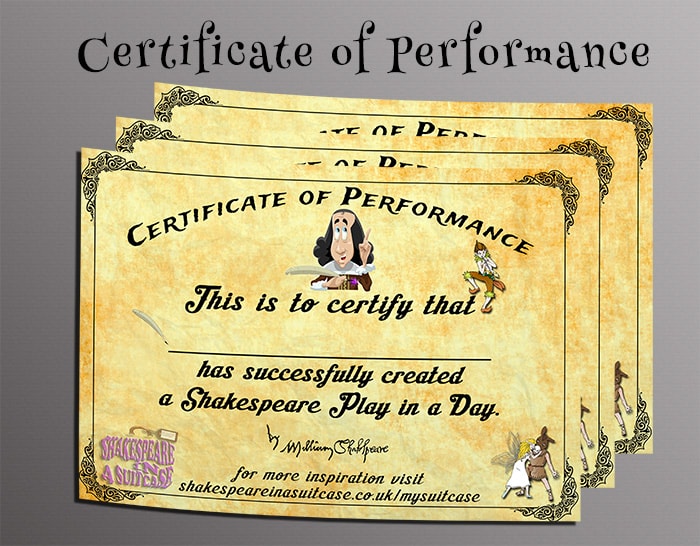 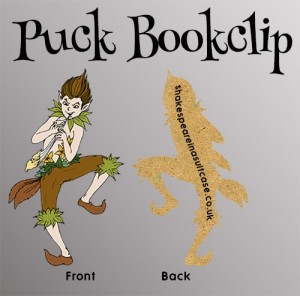 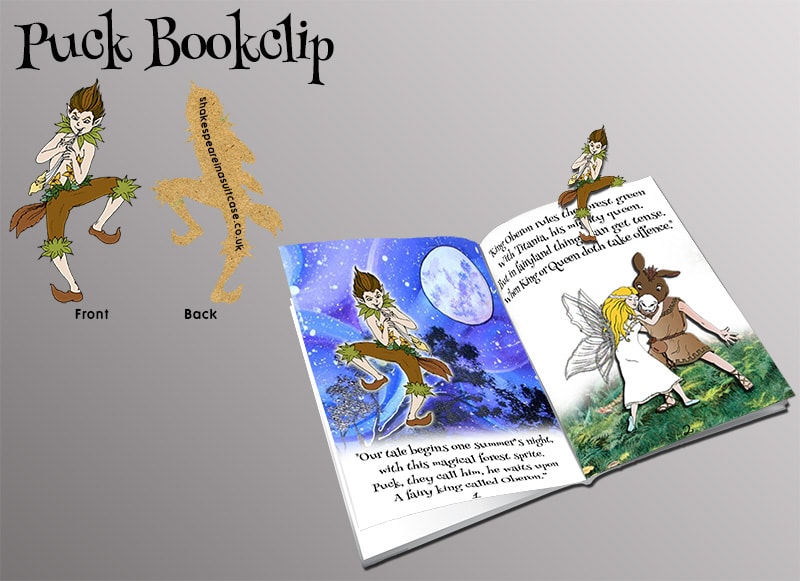 They can also visit shakespeareinsuitcase/mysuitcase where they can download and create their own version of the play they have performed, with original text and colour in illustrations.

Shakespeare in a Suitcase Shows

"Tempted by the supernatural weird sisters to break their bonds of trust and murder their King,the Macbeths unleash the forces of nature’s revenge. This production focuses on the play’s theme of killing an anointed king, that is the greatest crime. A very popular view with Shakespeare’s patron King James 1st."

“A great introduction to the inventiveness of Shakespeare. Watch your pupils create the Midsummer Night’s madness of Oberon, Titania, Puck and the fairies causing chaos with their magical mischief on the humans. What fools these mortals be.”​

A  simple fun introduction to Shakespeare’s mayhem. A one hour performance of ‘A Midsummer Night’s Dream’ or ‘Macbeth’ using original text, rap, narration, physical theatre and audience participation. It can be set up and performed in any space inside or out with no need for technical support.

We can perform 2 to 3 shows in a day in different venues.